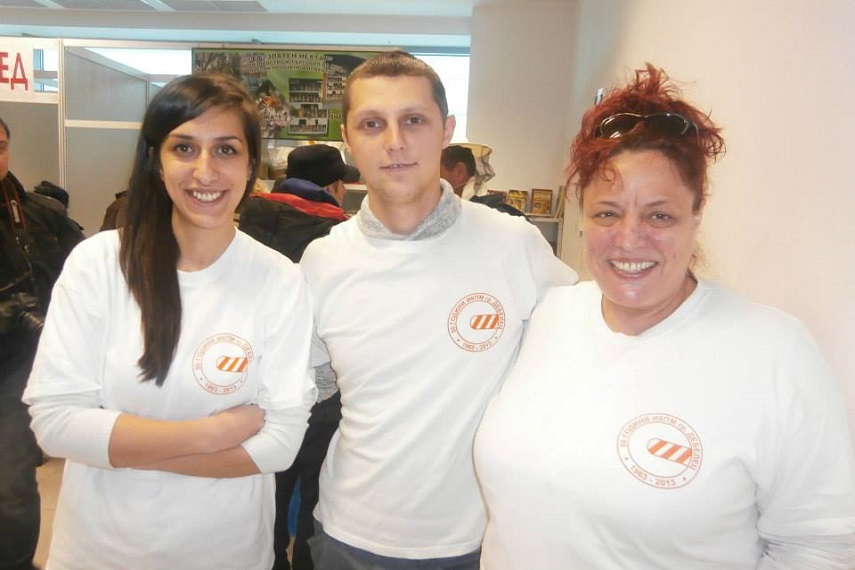 INNOVATIVE CERAMIC HIVES ARE PROVIDING THE STERILE MEDIUM FOR BEANS AND PREVENT THE MASS MORTALITY, which is currently the insect world. The development of the Institute of Ceramic and Road Mechanical Engineering in Debelec and yesterday was first shown to "Borba" and experts at a scientific conference on innovation.

"The idea is to create a microbiologically safe environment through ceramic tiles with certain characteristics. They also make the hives themselves. This is the way to achieve isolation from the environment, including the chemicals that are sprayed and supposed to cause mass extinction", said Marko Angelov, who has been working at the Debelets Institute since its inception 50 years ago and has been involved in the development of the ceramic hive. The idea came to him when he considered the fact that many archaeological finds confirm that seeds stored in ceramic pots have been preserved for centuries. Thus, the relevant raw material samples for the honeycomb ceramic tiles have been made and specific parameters have been selected to protect against microwaves, which also affect the metabolism of bees. New hives will help to counteract the huge bee mortality, which is becoming a global problem for agriculture as well.

At present, the research teams of the research unit, together with their Russian counterparts, are also patented special pots, also from ceramics, for storing stem cells. According to Todorka Lepkova, head of the Institute, this development will be of great importance for medicine, as the well-preserved cells are given hopes for the treatment of cancers and even slowing down the aging rate.

THE INSTITUTE OF CERAMIC AND ROAD MACHINERY IN DEBELETS, WHICH WINS 50 YEARS FROM THEIR CREATION, is one of the few remaining research institutions in our country.

The unit emerged as a "Technical Development Base" in 1963, and in 1983 it was transformed into an institute dealing with the design and equipment of whole plants, said Todorka Lepkova, engineer. 19 years she is the director and owner of the institute that has co-operated with the Russian Institute "NIstrommash" Ltd. The Research Unit in Debelets is conceived as a Bulgarian company working under the Council for Mutual Economic Assistance (CEA).

"It was working on so-called" barters ". For example, we were receiving a tanker from the USSR against which we were making and equipping a factory there", explains Lepkova. For its 50-year history, the Institute of Ceramic and Road Engineering has created 32 brick plants around the world, including a capacity of 60-80 million units per year. Most are the Bulgarian-affiliated enterprises in the former USSR, Cuba, Afghanistan, Iraq, Mongolia, Vietnam, Macedonia, Tanzania, etc.

Eng. Todorka Lepkova explains that their mission was a kind of "white swallow" in different countries around the world. "Ceramic brick-making plants are always made after cataclysm - wars, earthquakes, and the order of such an enterprise is a sign of development in the country. Prior to the realization of such an enterprise, geologists come and explore the deposits of clay, then we design the plant and the technological lines, then supply them and help them with the management afterwards, "the Institute's director explains. Eng. Lepkova is categorical that the establishment of such enterprises and the development of scientific thought must be a national priority. She recalls that more than 3,000 people have been involved in the Debelets Institute since their inception. He has worked and survived the biggest crises and has even opened new departments responsible for innovation.

Looking an Adequate Solution for your Company?

Contact us today for free conslutaion or more information.